As many of you have probably noticed by now, even if I try hard to keep my short stories “short“, I’m often unable to do it.

It happened with the last one, Slightly Untuned, that reached 11.500 words.

It happened with The Impertinent Masseuse, that reached almost 7.000 words, while In All Possible Ways reached 13.500 words.

Complete stories in one place

Anyway, what I want to write about – tonight – is something different.

I just began, re-posting “Slightly Untuned” in such a way. Other stories will eventually follow.

I hope my readers will enjoy having a single place where to read an entire – and hopefully, enjoy – each one of my long stories. 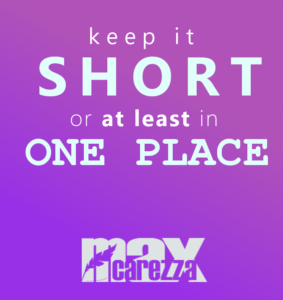