The Girl By The Lake

Home / The Girl By The Lake

The Girl By The Lake 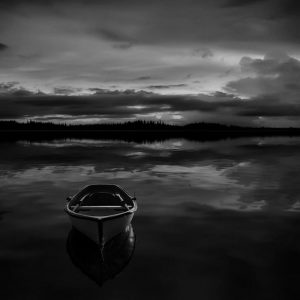 No matter how hard she tried, she couldn’t shake off of that nauseating smell. She rubbed her hands one against the other, scratching and crossing her fingers; then she washed them under the stream of water before sniffing again. No, the smell was still there, she couldn’t get rid of it.

She lowered her sight, staring at her hands. A teardrop fell on her open palms and only then she realised she was crying; drops were blurring her sight.

She stared out of the window at the body left lying on the lakeside; one could have said it was just sleeping.

Well, maybe yes! It all had been only a bad dream, maybe! Jane should have only to go out and get closer to the beach to see that body’s breasts rise and fall following the rhythm of her breathing. She would feel the small rounded stones massaging the sole of her feet each step, slowly from the heel to the fingertips; she would almost count every – single – stone.

The girl lying on the beach would then open her eyes and gently turn her face towards Jane, embracing the world with her smile; that heart-warming smile who was the cause of everything.

Why? Why couldn’t Pauline’s smile be only hers?

It seemed as if the shout and the surge of anger in her voice were still echoing in the valley.

They had come there by themselves, Jane and Pauline, to spend a couple of peaceful days in the mountains. Far from the city, far from everyone; a weekend for them alone: best friends, forever… It sounded so ironic, now.

Jane’s house, after all, was the perfect place to look for some of that intimacy they once had, which had seemed to fade away with the passing of time. A small, beautiful chalet in a solitary valley, lost in the woods of the low Carpathians Mountains. The nearest main road a few kilometres away; the closest city on the other side of the mountain. Sitting on the porch swing on the back you could only hear the noise of the waves breaking on the foreshore, the birds singing and the natural buzz of the summer insects.

The sight was captivating: a thick wood of pines ripped up by a thin rocky road that resembled a tongue, ending in a small beach.  Just beyond, a stretch of water almost forming a lake on which was a wooden pier that seemed built centuries before and a small pine wooden boat fastened to it.

Jane still remembered how they used to sail in the lake when they were young. She smiled, wondering how that small boat had survived so many years out in the bad weather, summer after summer, winter after winter, and a teardrop fell on her cheek, again, when she realised what she was really thinking; when she realised she was looking at her destiny.

Jane opened the door on the porch and exited the house trying to walk steadily towards that lifeless body. She thought her heart was going to explode and the fear sent goosebumps through her skin like it had happened only a couple of hours before, when she had shouted her jealousy towards Pauline.

Jane was walking slowly, almost enjoying the feeling of the dry pine needles piercing under her feet. She was completely naked, as was Pauline, lying by the lake.

She remembered the taste of Pauline’s lips, the taste of her small breasts, that feeling of power she felt every time she gripped her nipples between her lips, the scent of her white skin. That scent wasn’t there anymore. If she had kissed her now, she would have felt only the smell of death.

Beyond the mountains in front of her, on the other side of the lake where a high waterfall fell down a steep slope, the sun was already setting.

Behind her thin body, the setting sun projected a long shadow on the trail up to the chalet, where it turned upwards following its wooden walls. She turned back to face the lake again and she dried her cheeks, determined.

When she finally reached Pauline she crouched down by her side. She was so beautiful, so beautiful like when Jane used to wake up during the night and rest on her elbows just to watch her sleeping. She caressed her cheek trying to ignore the purple bruises on her neck; she covered her body with her own towel that was still lying next to her. She kissed her cold forehead then she stood up again and walked away until she reached the end of the unsteady pier.

A pang in the heart. A flashback. The image of her thumbs pressing hard in her beloved friend’s skin. The frail neck of Pauline surrendering to the pressure of her fingers and she – Jane – who couldn’t do anything more than continue to squeeze, press, crush…

She could almost see Pauline’s expression again: her eyes lost in the terror of someone who knows is dying, until they silently lost their life; Pauline’s relaxed, motionless, lifeless body; Jane’s tears falling down on her cheeks as she had realized what she had done.

Now, she had no tears to spend anymore. She had already used up all of them watching that body from the house, all afternoon.

Jane got into the small boat and untied the rope. She had no oars, but she didn’t need them: she knew the currents in the lake well enough. Since her early days, her father had always educated her to love and respect the lake, to fear it as much as it should, because those currents could kill her.

Her father, who had ditched her too, who had killed himself abandoning her in this desperate world long before.

So, she wasn’t surprised when the boat began to move on the almost flat surface of the lake and when it rocked on the slight waves.

If Pauline was still alive, sitting on the beach, she would see the dark silhouette of her best friend – her only lover – getting smaller in the boat as it slid further towards the other end of the lake.

Towards the sunset, beyond the waterfall.

Has one comment to “The Girl By The Lake”