But No; today I’ll write about the first time I remember I wrote.

There are three such occurrences in my life:

The first time I tried, it happened when I was around fourteen. I remember I was fixated on the Fantasy genre, and as such, I was reading Tolkien, Brooks, Moorcock, M.Z. Bradley, and so on. It was a great journey, that somehow lead me to think writing a book was going to be a simple task.

Well, I was fourteen, and as such very naïve. I spent days creating my own fantasy world, my own characters and plot (yes, I was a planner already!) but once I began writing the actual first chapter… I was completely blocked.

At the time, I was easily distracted by other things and so I simply left the project somewhere to rot. So, this doesn’t actually count as a first try, right?

BTW, I was using my native language, Italian.

I found those stories utterly horrible. They were simple pornography translated into words, and that wasn’t exciting me at all. I wondered who would like that kind of writing, and yet those “authors” had a good following, a good readers-base.

One day, taken by the frustration of what I was reading, I decided to give it a try myself.

I wrote a tale that, in the end, I never finished. But the seven parts I wrote (around 10.000 words) had a good success in that forum, so much I started realizing that maybe – just maybe – there was someone who could like erotica that was a little more complex than what I used to read there, involving feelings and the developing of a small plot.

Well, I was on Literotica too, but only as a reader at the time. My English, also, wasn’t good enough to even think about writing something in this language.

That’s why this second try of mine was in Italian, too. Well, in the end, as I wrote, I never completed that story.

At some point, I simply realized I didn’t like my writing, so I stopped. I was still naïve, still not able to understand a writer rarely likes his own writing anyway.

The First Time I Took It Seriously

And in the end, around ten years passed without writing a thing, apart from personal blogs that had nothing to do with fiction.

Until my wife was hospitalized and I found myself home alone for a couple of months. And then, one evening, I found out I could vent my frustration (that was mostly sexual at the time) writing. And I gave myself a target: I wanted to write a book for my wife, so I could gift it to her when she would have finally gotten home.

The book took a year to be ready, and when I gifted it to my wife she was already home for months. In all that time, I kept my writing hobby a secret from her. When she received the book, when she read it, she cried with joy. I think it’s at that time, that I felt for the first time the power of my words.

Then she said I had to continue writing and to find a way to publish my stories, and so I kept on, I subscribed to Literotica, published there a couple of tales and at some point, decided it was the time to finally try to do it seriously, investing the needed time and money in what is now my favourite hobby.

What I learned in my journey so far, is that even if you make only a single person smile or cry, all your efforts are paid back. 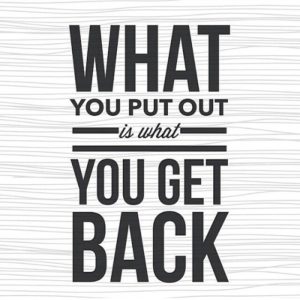