Random Thoughts – Ever Stopped Writing a Story Halfway Through?

Home / Random Thoughts – Ever Stopped Writing a Story Halfway Through?

Random Thoughts – Ever Stopped Writing a Story Halfway Through?

Well, it may have happened to you too: you begin writing a story and you are absolutely into it. You write for days, possessed by your muse and then, at some point…  No inspiration, no words, no ideas. Nothing anymore.

You realize the story as you imagined it, has flaws.

Every story has flaws.

In the beginning at least.

The Real Reason Why You’re Stuck

If you are stuck in the middle of your story and you lost your hope and will, there can be only one deep reason, apart from the mythological writer’s block: you don’t know what you are supposed to write anymore.

Because you realized you were on the wrong path, maybe.

Now, that’s something that can happen both to planners – like me – or to pantsers, and for both types of writers, I think the key is forcing yourself to focus only on that single story, for some time.

That could sound strange to you: too many other writers in such moments suggest to leave the story aside for some time and dedicate yourself to write something different.

Get yourself some time to focus on that single story. A week, two weeks, a month. Do nothing else than thinking about ideas for that story, and keep your writing in shape with simple, not-demanding writing exercise.

You’ll eventually find the solution to your impasse.

For this to work, it’s better to do it in a structured way.

Write down the list of each chapter/scene of your story with only one sentence describing them, so that you can “re-experience” your tale from beginning to end in just a couple of minutes (a simple version of what you should do during the information consistency check phase, yes!)

Put it in your smartphone or in a small paper notebook, put it on something you always carry with you.

Then every time you have an idea, even if it seems strange, add it.

Do not write it, yet.

Let your ideas grow inside you. Read and re-read your summary until some of the ideas make sense together.

And then, once you have it, there’s no excuse anymore.

Write it till the end. 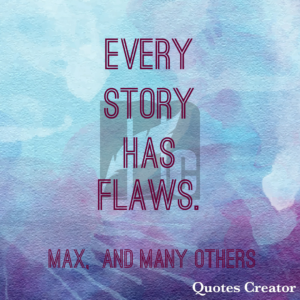 On a side note, sometimes, it makes sense to leave a story halfway through. I did it with “Huntress“, because even if I knew (and still know) where I wanted to head to, I wanted to do something different.

I’ll finish it, sooner or later, probably. But In this case, it’s simply not the right time for me to write that ending.