Becoming an Author – An Overflowing River of Ideas

Home / Becoming an Author – An Overflowing River of Ideas

Becoming an Author – An Overflowing River of Ideas

Apart from the ones suffering the so-said writer’s block (but you can get out of it, you know?), every writer I know is a bottomless well of ideas.

A new sentence, a new ending, a new beginnig, a new character, a new character’s flaw, a new logo, a new song that your character may sing for his loved one, and so on… it’s a great feeling isn’t it?

Most of the times those ideas will never be useful, and sometimes they just need the right time to mature into something concrete.

Often, though, you’ll simply forgot about them forever; and you don’t want it, I can assure you.

Moreover, it’s not uncommon to have lot of ideas regarding different projects while you are engaged in the writing of one of them. It’s not wise to jump too often from a project to another, but nothing forbid us to write down ideas for future reference.

So, what to do? Here some tips.

How to catch your ideas

Catching your ideas depends, simply said, on the situation you are.

Remember to have a simply “one-touch” application on your smartphone to be able to voice-record yourself. I use my built in voice recorder, but there are lots available for different kind of phones. If you can control them with voice commands, it’s even better.

You are having a meeting?

You can write down notes on your notepad, without anyone noticing – hopefully.

I’m sure you have your smartphone there with you, and even if talking to it in the open may sound silly to others, you have other options.

I use Google Keep, for instance, to write down all those ideas. And it has also good features for sketching and voice recording.

You are having sex?

Seriously: I know you have those ideas also during intercourse, but please don’t stop for writing them down!

Either remember them, shout them to your partner in a suitable form,

or carve them in your partner’s back: your long nails will finally have a purpose 😉

Then, once you have a little time, write them in a Word file, in an Excel file or whatever structured means you need.

Often, of course, if the ideas are related to a story I’m writing, I just write those ideas in a separate file of that story folder, or at the end of the story, after a separator.

There are countless ways to do that, for sure, but the only important thing here is: never waste your ideas!

They are your treasure, even if you still don’t notice it.

P.S. Just did it! I was ironing, I mean… ironing! I kept on… as the idea grew inside myself. Then once I finished the shirt I was doing, I moved to the PC and opened the Excel Plot of a book I’m – probably – going to write. And I added my idea in the structure of the book… I’m sure next year it’ll become useful.

Or not, but at least I’ll have no remorse. 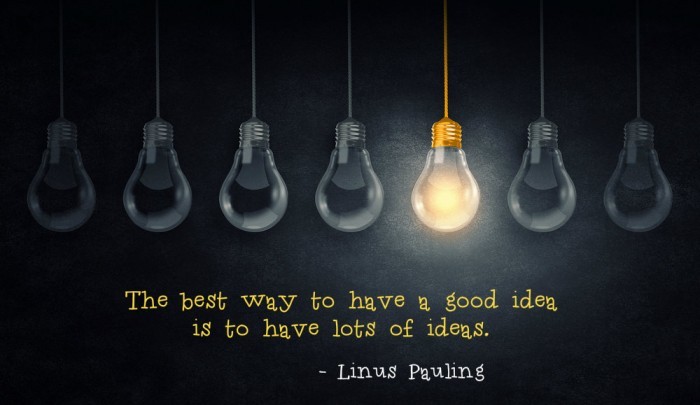