The only necessary first step to become an author is, needless to say, writing.

But as soon as you go public – even just to publish your writings for free – your audience will start identifying you from what – and how – you write.

You – simply said – become what you write, in their eyes. And if you have done your job well, you become a brand.

And what will identify your brand the most will be your pen name.

How to you choose a pen name

It can be whatever you want, that’s right, but I think that you should write some basic rules you want to follow. For instance, you may choose a set from the following:

Is your pen name not used, at least not in the genre you are writing for? I would generally advise choosing a completely new pen name, to avoid confusion.

Some people may think that using the same pen name of a successful author, or a similar one, will bring them more audience. That’s something that can easily backfire on you, especially if you begin to sell a lot… maybe even more of the said author.

Think big and you’ll see you need your own brand, your own – original – pen name.

It is either neutral (John White) or meaningful for the genre you want to write to (J. Pain, for a horror writer?). You’ll see why I chose Carezza.

You may expose or not your gender. That’s also why some authors use only initials, before their surname, or even nicknames.

I don’t like either of the approaches because they put distance between the author and the audience. It’s like saying “Hey, I’m not a real person!“. Alway project to your readers the feeling of being real. Always.

So, if you don’t want your pen name to expose your gender, you should choose from names used for both sexes.

Make sure they are are free to use.

Are you the musical type? If so, you may even choose your pen nane because you simply like its sound.

Where to get some inspiration?

But more than that, I think the best source if you are aiming for a themed pen name are specialised thesaurus, like “The Sexy Thesaurus: A List of Words to Use in Your Romance Novel“.

A simple list of basic words that describe your genre (You write thrillers? action, courage, bold, suspense, fear,…) and a normal thesaurus with synonyms may do the trick as well.

Which word describes you the best? Can you shorten it? Can you mix some of the words together?

How did I choose my pen name?

I choose Max Carezza because

Do you need one or multiple pen names?

That said, a writer often feels the need to space between different genres. When doing so it may be useful to have more than one brands, more than one pen name.

You write romance, erotica, sexy tales? You may need a specific pen name for that. And not only because you prefer your neighbours not to know that their simple, tender girl-next-door is writing stuff like this:

Two men were in the lift and Michelle realized they were looking at her. Was her makeup all messed up? Was it the smell of sex still permeating the air around her, or maybe they had noticed her nipples, still hard and pressing on the thin summer dress textile? She felt a rivulet of Alan’s sperm running down her thigh, and shivers running through all her body, again.

But maybe you also write thrillers – and those, you would like to freely promote in your neighbourhood – or, moreover…

…you write child books. I mean, I discourage using a pen name like “Diehard Rambo” or “Hot Scarlett Wifey” as a child book author.

Sometimes, you will need a pen name just because your real name is too fucked up to be used (Eleandro Rosario De Lima Partendo Garroso Dadio could be very difficult to fit in a cover book, indeed, while if your real name is Tom Bombadeel you may find writing erotica a little out of scope).

Or because you write in English but your name is Mario Pizza: you could have lots of issues when trying to SEO you own website.

For someone, it could even be a problem to reveal they have a separate, parallel career, while someone could choose a pen name just for fun.

In any case, choose your pen name wisely, and start by one: your main one.

Because managing multiple pen names is a hell. But we’ll talk about that in another post. 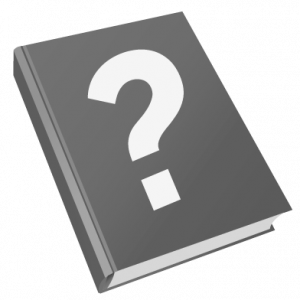 3 comments to “Becoming an Author – Choosing the Pen Name”