My first published story is getting along pretty well, and as such I’ve been studying a little about marketing.

But since I think part of a marketing strategy should be dedicated to advertising, I decided to start experimenting with Facebook post boosting, with the current aim to grow my reader’s base on that platform, nothing more (I have still nothing to sell, indeed!).

But on the other hand Facebook has a good way to control your advertisement, and measure the success – or not – of your campaigns, so why not to try?

Pretty much everything, anyway, should  be applicable to any genre.

If you are not familiar with Facebook Ads/Boost, I recommend to read something about them before continuing with my posts, because I’ll not go into details about the boost preparation process.

There is, anyway, a difference you should know. When Facebook asks you to “boost” a post you made in your page and you react to that, you’ll be provided with a simple interface to boost the single post. When you finish the preparation of the promo, you’ll see it in the “Promotions” tab of your Facebook Page.

In this post, anyway, we’ll see three cases of boosts: two failed and one succeeded.

About the other way around and the usage of Facebook Adverts Manager to improve your boosts targeting or to create complex ads and campaigns, we will speak in other posts.

After having read their rules, I tried to boost a post that had an evocative image, that was not “too” evocative. Otherwise it was going to be blocked for sure.

This because when you submit a boost, Facebook will screen it and stop its publication in case it violates the rules. And they are very strict about them.

I set up the campaign to target English speaking countries, people between 20 and 60yo, women, housewives or interested in erotica or romance.

Likely wasted money, I know. It’s for the greater good.

The post I chose is the one below. It’s the post that, so far, had reached the highest number of people in organic search (around 4000 of them). It may be because of the keywords, the title or the image, but if it reached so may people… it’s likely Facebook will not block it, right? 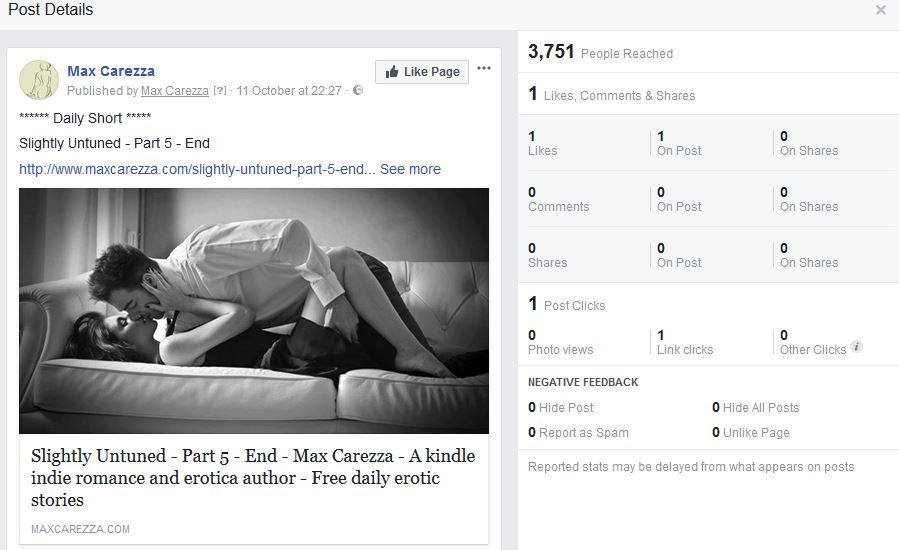 But it didn’t work. It was not approved, because the image was likely “too suggestive”. Yes, it doesn’t have to be explicit, but if it suggest anything even distantly sexual related… you’re fucked.

We live in this world, we made it this way: such a natural thing as affection, is banned. But this is only a personal consideration of mine.

So I tried again, with another post that had an image, in my opinion, less evocative. 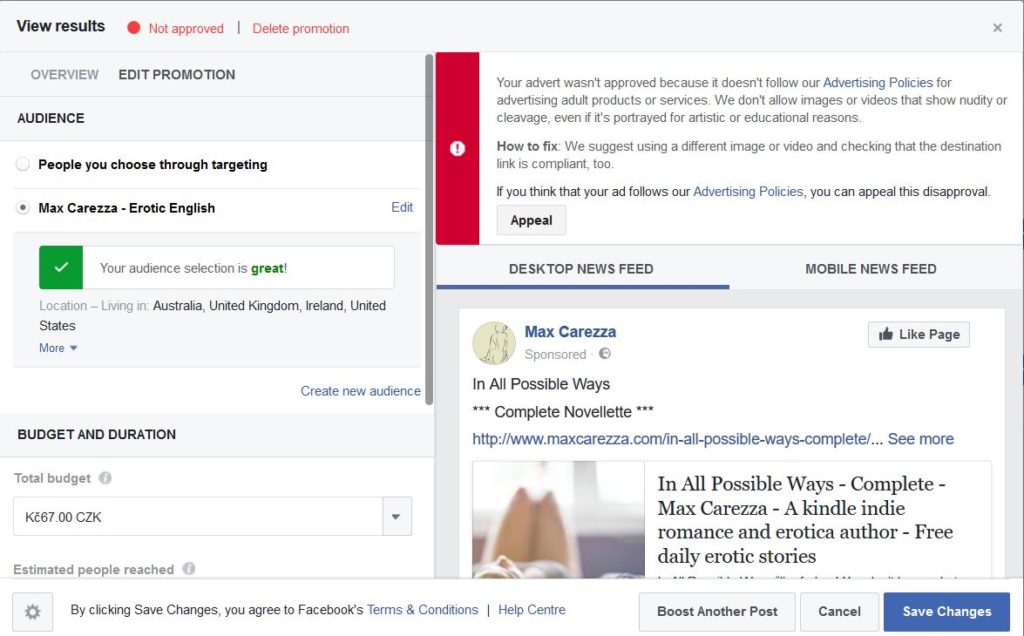 But even this image was too much. Evidently a woman lying in her bed, with her legs naked, could make someone angry.

So, let’s keep it simple!

Last tentative I did was with a post that had a good organic success and had an image that, if considered evocative, would have put me in the position of forgetting completely any advertising on Facebook: two woman sitting inside an elevator. 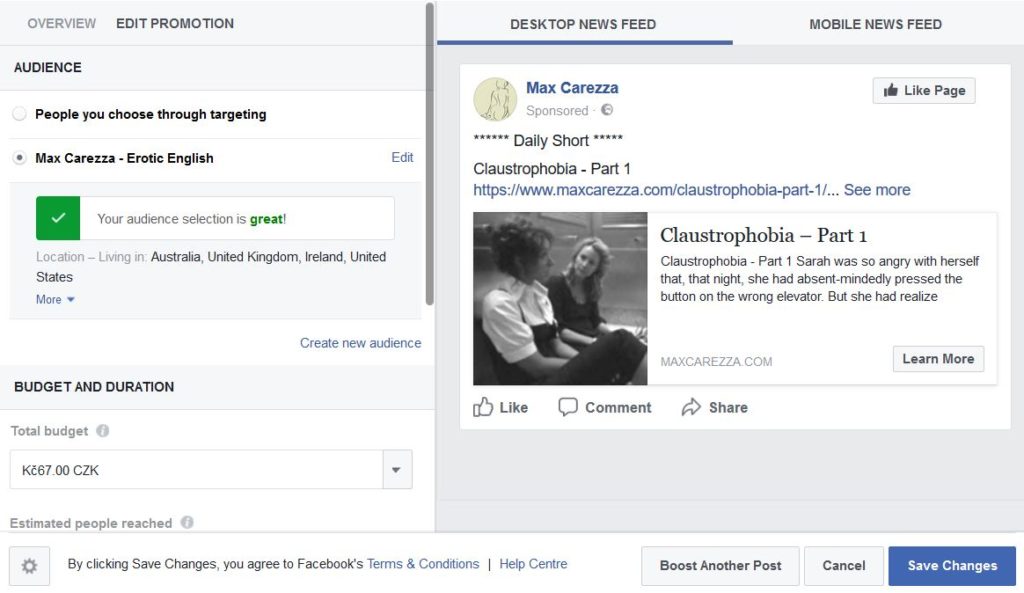 And yes, this time I managed to publish it!

Was it worth the expense?

Will it pay off? At this stage, I can’t know, but I’m laying the foundations here. 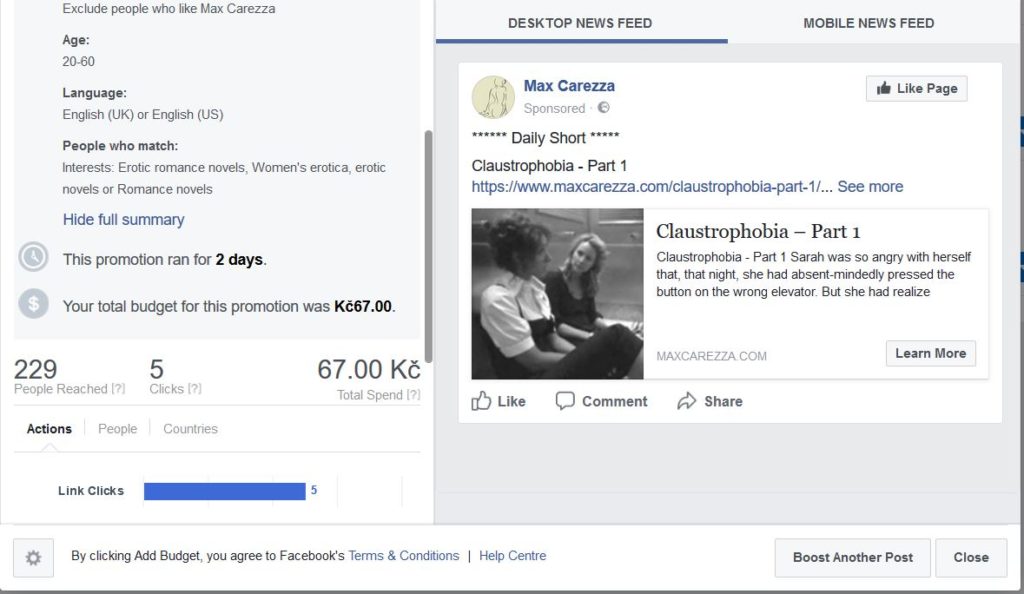 In the next article we’ll see why, and how we can use Facebook Adverts Manager to improve our targeting and, theoretically, our return-of-investment.

I’ll be back soon with more: there is light at the end of the tunnel. 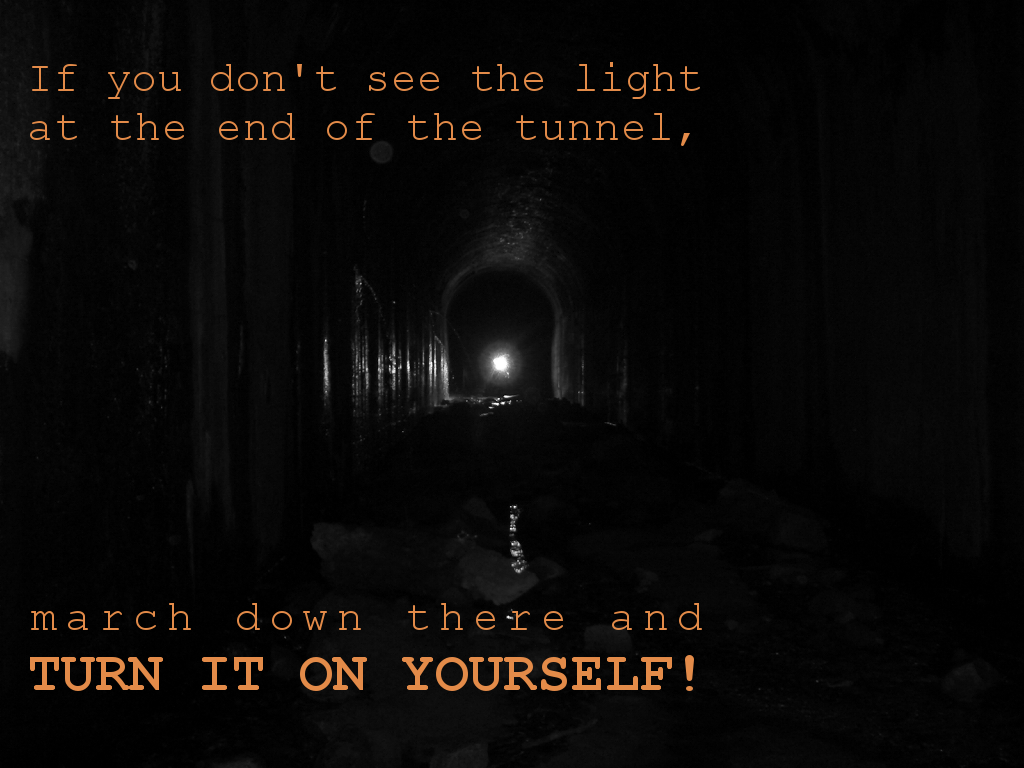