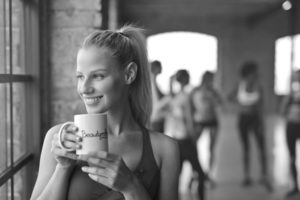 Michelle was sitting in the cafe of the shopping centre, smelling the strong aroma coming out of the coffee cup she had just ordered and looking around suspiciously. She feared someone could recognize her, someone could ask her what she was doing there. Rationally – she knew that – the risk was very low.

That’s why she had driven a couple of miles to reach a nearby city: because she really couldn’t risk someone to recognize her. She was waiting for her date, Alan; they had planned to have a coffee together, but he was late and she was already drinking hers: she needed it.

“He certainly doesn’t look like the type of man to arrive late at a date,” she thought, sipping her coffee. Michelle hated to wait, and as such, she despised late people. But it was the first time, the place was far to reach for both of them and ̶

Lost in her thoughts, under the table, her fingers were playing nervously with the edge of her summer dress; she could feel the mild sweat fingertips caressing her smooth-shaved skin, casually rolling the edge between her index and thumb fingers, wondering if her choice hadn’t been too bold, if she wasn’t daring too much.

The dress was so short she could reach its edge easily: a white dress with blue drawings, barely covering a couple of inches of her legs, above the knees; at the top a great view of her deep cleavage; only her blonde curly hair covering her naked shoulders, hiding a little of her nudity. At least – she thought – no one would notice there were no bra straps on her shoulders that day.

Alan had been really clear about that: he wanted her to wear a short summer dress and no bra. She knew the stranger liked her breast; he had never hid it from her, and he had already sensed she liked the thrill of being watched, being admired… that was a bad, explosive combination.

“Stranger”, yes, but Michelle wasn’t the kind of woman to give herself to everyone.

All had begun a couple of weeks before. She was in that same shopping centre with a friend, coming back from a distant customer of her firm, and she had noticed him in a sports clothes shop: tall, handsome, looking at her from the other side of a shelf. Their eyes had met a couple of times, and soon he had found an excuse to introduce himself to her. They had small-talked a little while her friend was trying some shoes, and in the short time before her friend had gotten back, he had already managed to obtain Michelle’s telephone number.

That was strange too because Michelle had never given her number to anyone flirting with her, before. Pretty as she was, she was used keeping other men at the distance: not giving any chance from the beginning was the best way to prevent… “complications”. That was her way of thinking. But this time, she just wasn’t able to refuse.

Maybe it was because she was far from home? Feeling more secure, because no one could see her there, judge her? That day, she had felt happy to be there, in that shopping centre so far from her city, where she used to go not more than twice a year.

Alan didn’t text her, but he called her soon, the day after. She thought it was manly, in a world where men use to avoid direct contact, writing stuff like “wassup?” in a cold SMS, adding emoticons to express their emotions; wasn’t it better like that? Wasn’t it better to feel the excitement and the tremble of his voice? To feel his nice deep tone she could never say “No” to?

Alan was not the kind of man to use subtle means: he was direct, and that’s probably why she fell for him so quickly. When he called her the first time, he was already certain she’d eventually surrender to him. She could feel it from his voice; she could feel his charisma permeating each of his words. He emanated such a strong aura: a man that knows what he wants, but also a man who cares for others; who cares for her. She felt admired, adored, desired. It had been so long, since her husband made her feel that way, and she knew that it would never happen again. Those were emotions you could get only from a first date, from someone you can’t have… from a forbidden fruit.

And now she was waiting; nervous, but feeling awesome. The fear of being caught, the thrill of the first date – Will he like me? Will we get along? How will we break the ice? – was what she craved for and the main reason she was there, at that very moment.

The table vibrated and her phone screen turned on: he was calling; he was finally there. Michelle answered politely, but her voice was broken by the emotion.

“Hi sweetie, I’m watching you from the hallway. I like the way you play with your dress.”

“You’re evil. You leave such a beautiful woman waiting alone in a coffee shop… and you spy on her? Someone could take advantage of me…”

He waited a couple of seconds before answering.

“Someone could, someone will; and that someone is waiting already. Come here.”