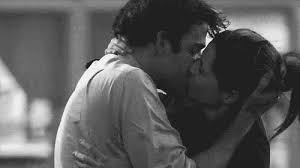 But now, differently than all those years before, Mark was intoxicated by her lips opening and closing as she spoke, by her hands and gestures, by the emphasis she gave to her words, by her thin eyebrows moving up and down as she changed expression every sentence. She was still Paula, and yet she had grown a new, beautiful woman.

“I mean, if you knew I was in love with you. I would have paid anything to be with you, but unfortunately love can’t be bought.”

For instance, Paula would have never had the courage to pronounce those words, before.

Mark realised he was being a little too harsh, and hurried to add a lame excuse.

But he felt embarrassed as soon as he said it.

“Oh, that was bold of you! Shouldn’t this be only an old friend reunion?”

Well, for sure Mark had always had no problems confiding in her. He could have never said anything like that to any other girl in the world.

“We have changed,” Paula said with a veil of sadness in her voice.

Time stopped, as their eyes met and said rivers of unspoken words, then flew by so quick that Mark realised what was happening only when they were already inside his apartment, and in the moment he closed the door behind him, their lips and bodies met.